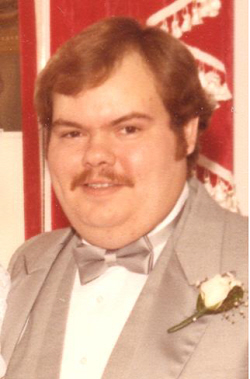 Spencer was born on June 2, 1958 in Graham, Texas to Spencer Boyd Flint, Sr. and Dorothy Christine Easter Flint.  Spencer was a loving and devoted son, an awesome brother, and “the most amazing uncle and great-uncle on the planet!” He was a loving, caring friend to all he knew, going out of his way to help and do for others. He was a funny, cheerful man who loved to make others smile. He graduated from Graham High School, TSTC-Waco, and TSTC-Sweetwater. He worked for Graham Magnetics in Graham and the Metroplex, National Instruments, and Professional Testing Inc., both in Austin.  Spencer’s greatest passion in life was sharing his faith in Jesus Christ with others. He was devoted to his family, and he loved his country deeply. Spencer’s hobbies included playing electric guitar and drums, building computers from old parts, and “fiddling” with gadgets in general.

Spencer is survived by his sister and brother-in-law, Nancy and Henry Bloodworth; nephews, David Bloodworth, John Bloodworth and wife, Morgan, and daughter, Madison; his niece, Emily Bloodworth, and son, Brantley; and his uncle and aunt, Dr. and Mrs. Billy Easter.

In lieu of flowers, donations can be made to a charity of choice, the American Heart Assoc., or the American Diabetes Assoc.

To send flowers to the family in memory of Spencer Boyd Flint, Jr., please visit our flower store.
Send a Sympathy Card