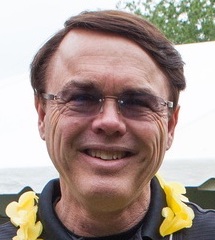 Chris was born January 12, 1961 in Norman, Oklahoma to Steve Glenn Carson and Carol Lynn (Stephens) Carter.  He graduated from Univeristy of New Mexico and North Central University and received his Doctorate.  Chris was a Quality Manager at Siemens and a member of the NRA.  He was New Mexico State Golf Champion in high school and played golf professionally on the Texas Golf Tour.  Chris served his country by helping the Pentagon and he had a love for Disney, golf, Dallas Cowboys, and spending time in Lake Charles with his sisters, nieces, and nephews.

He was preceded in death by his father, Steve Glenn Carson.

Memorials may be made to the University of New Mexico or Collin County Children's Advocacy Center.

This video link has a lot of meaning as Chris and Pamlia worked on space programs while living in Kent, WA.  https://www.youtube.com/watch?v=M6bumUQwQIU

To send flowers to the family in memory of Steven Christopher Carson, please visit our flower store.
Send a Sympathy Card