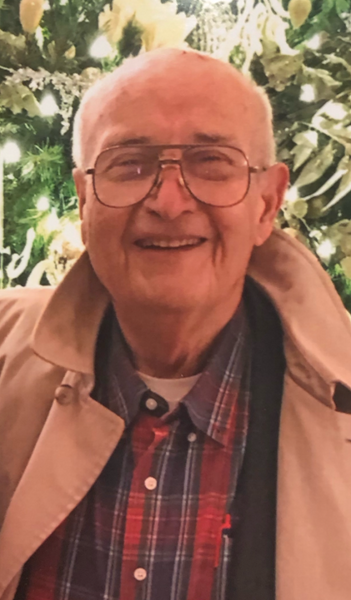 Thomas James Golson, 83 passed away peacefully Thursday, October 1, 2020. Funeral services will be held Friday, October 9, 2020 at 10 a.m. at Oak Street Baptist Church in Graham TX. Burial will be at Pioneer Cemetery in Graham with military honors under the direction of Morrison Funeral Home in Graham.

Tom was born on May 21, 1937 in Fayette, MO to the late John Golson, Sr, and Amanda Skillman Golson. After graduating from Fayette High school in 1955, Tom went on to graduate with a Mechanical Engineering Degree from the University of Missouri.   He later completed his Master of Mechanical Engineering at the University of Tennessee, coupled with a minor in math in 1967.

Tom served as a 1st Lieutenant in the United States Air Force from April 1960 to April 1963 at James Connelly Air Force Base in Waco TX,  Tom married Jeanette Spiller, October 15, 1960 in San Antonio TX and was faithfully married for 59 years prior to Jeanette’s death in July 2019 in Graham TX.

After his military service, Tom began working as a mechanical engineer in 1963 for Union Carbide in Oak Ridge TN.  Tom also worked in Oak Ridge for Martin Marietta, and Lockheed Martin retiring in 1996 after 33 years of dedicated service. Tom received numerous work awards including the Jefferson Award as Engineer of the Year for his work on the Seawolf nuclear submarine project and recognition for the Aztec “military hospital in a box project”.

Tom has been an active member of Central Baptist Church in Oak Ridge TN since 1976 serving as deacon, orchestra trumpeter, and Sunday school teacher. At the age of 8, Tom accepted Jesus Christ as his Lord and Savior and has followed him faithfully all his life.

Tom had many travel adventures in his life, including an early trip to pre-Castro Cuba. After he retired, Jeanette and Tom fulfilled his goal of meeting long-lost family in Greece, from where his father had emigrated before fighting for the US in WW I. In one of their last trips, Tom arranged travel to Kansas, which fulfilled Jeanette’s dream of seeing wheat fields so different from the Alabama fields she had farmed as a young girl.

After retirement Tom volunteered as crew chief with the Anderson County Tennessee Habitat for Humanity for many years.  Tom also volunteered with Baptist Men disaster relief, and tutoring math at Oak Ridge High School. Tom was a beloved husband, dad, and Papaw and loved by many.

He was preceded in death by his devoted brothers, John Golson and George Golson of Missouri.

Condolences may be sent to the family at morrisonfuneralhome.com

To send flowers to the family in memory of Thomas James Golson, please visit our flower store.