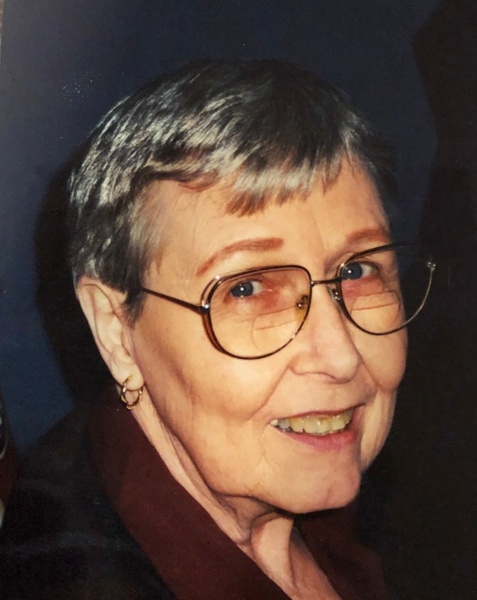 Velma Estelle Cusenbary Dowdle, 90, of Lubbock passed away on Thursday, March 12, 2020. A memorial service will be held at 2 p.m. Saturday, March 21, at Morrison Funeral Home in Graham, Texas. Burial will follow in Oak Grove Cemetery in Graham.

Estelle was born on July 1, 1929, to Dan and Fay Cusenbary in Graham. She grew up in Graham and graduated from Graham High School in 1946. She was one of the “Eight Senoritas” - a lifelong close-knit group of friends who even had a theme song. In 1950 she graduated from the University of North Texas where she earned her degree in Commercial Art, well before computer graphics were the norm.

Estelle married John Dowdle of Graham on June 9, 1951, in Arlington, Virginia, where he was stationed at Fort Belvoir. After moving to Lubbock in 1961, Estelle worked as the school secretary at Roscoe Wilson Elementary School. She worked for the College of Education at Texas Tech University for 20 years in the area of teacher certification, and in 1990 received a “Top Techsan” award.

Estelle was a longtime member of Agape United Methodist Church in Lubbock, and enjoyed and treasured the friendships that were developed there.

Her family knows she would join them in thanking the doctors who cared for her: Nurse Practitioner Durham, and Drs. Skinner, Henderson, Hendershot, Calmes, Khater, Shami, Barinque, and Farmer. Words cannot properly convey our gratitude to Heartland House Assisted Living of Lubbock, and Hospice of Lubbock, for their many acts of kindness, grace and love shown to Estelle in the last three years of her life. Kristi, Stewart, Tiffany, Shawna, Betty, Lori, Cathy, Dwayne, Janet, Virginia, Jose, and Irma, along with ShaRae, Cristina, and Amye are angels masquerading as people walking on this earth.

To send flowers to the family in memory of Velma Estelle Dowdle, please visit our flower store.