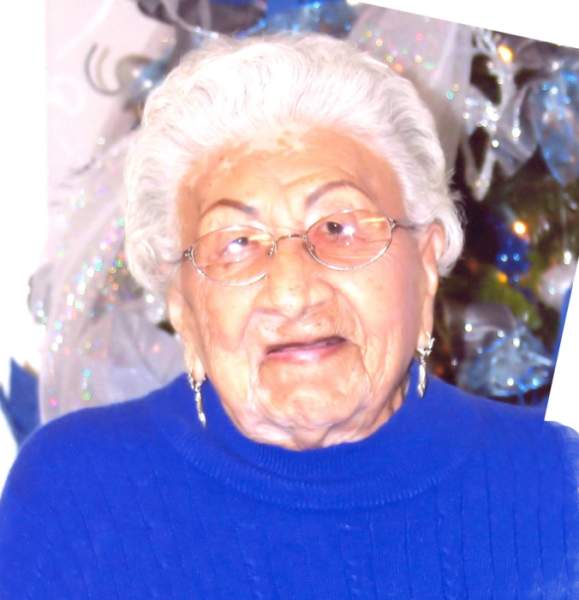 Victoria Balcazar, 99, passed away Wednesday, July 24, 2019 in Graham.  A  Funeral Mass will be Saturday, July 27, 2019 at 3:00 p.m. in Holy Spirit Episcopal Church.  Burial will follow in Gooseneck Cemetery in Young County.   Arrangements are under the direction of Morrison Funeral Home.

Victoria was born February 12, 1920 in Mexico City, Mexico to the late Jose Refugio Castellanos and Mercedes Victoria Dominguez Castellanos.  She married Rodolfo Balcazar , September 21, 1951 in Mexico City.  He preceded her in death on November 2, 2007.  Victoria was a member of St. Matthews Cathedral Episcopal Church in Dallas.  She moved to Graham in 2007 from Dallas and was a homemaker.

To send flowers to the family in memory of Victoria Balcazar, please visit our flower store.