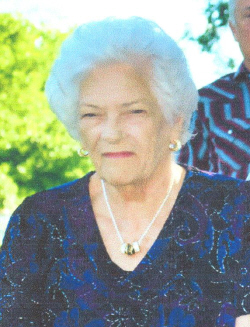 Wanda Grayham, 85, passed away Friday, November 11, 2016 in Graham.  Graveside services will be held Sunday, November 13, 2016 at 2:00 p.m. in Medlan Chapel Cemetery under the direction of Morrison Funeral Home.

Wanda was born August 13, 1931 in Big Lake to the late Colbert Mitchell and Sally Ellen (Turner) Reed.  She married John R. Keen, Sr. and he preceded her in death in 2015.  Wanda was a homemaker and moved to Graham in 2015 from Bonham.

She was preceded in death by son, Danny Qualls and 4 brothers.

Family will be at funeral home on Sunday from 12 to 2 p.m.

To send flowers to the family in memory of Wanda Grayham, please visit our flower store.
Send a Sympathy Card