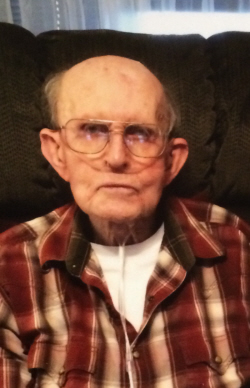 Bill was born October 19, 1924 in Talladega, Alabama to the late John William and Jessie Mae (Duke) Goray. He married Bertha LaVenia Gaither November 26, 1946 in Talladega and she preceded him in death November 18, 2006. Bill served in the United States Army Infantry as a Machine Gunner during World War II. He was wounded in route to the Battle of the Bulge and received the Purple Heart Medal. Bill was a devout Christian and a member of Pleasant Grove Baptist Church in Talladega Alabama where he served many years as a deacon and taught the Senior Men's Sunday School Class. Bill and Bertha moved to Graham in 2000 to be near their children, grandchildren and great grandchildren and when his health allowed Bill attended South Bend Baptist Church.

He was preceded in death by sisters, Ruth Waldrop, Nannie Gaither, and Leatrice Goray.

Memorials may be made to charity of your choice.

To send flowers to the family in memory of William "Bill" Duke Goray, please visit our flower store.
Send a Sympathy Card